A well-designed and located station is a thing of beauty.

Many of these become iconic structures, integral to a vibrant community. Fire and EMS halls are celebrated as one of the foundational pieces of a successful municipality. They are a tangible reminder of how the community serves its citizens.

For fire and ambulance crews, stations are a place to eat, rest, exercise, and connect with colleagues. They are in many cases a home away from home. In fact, many members will spend more time at their station than they do at home.

A station is a place to store equipment, house vehicles, and train teams. More importantly, it’s a base from which to respond to emergencies in a timely manner. It’s an asset that is crucial to meeting a service’s mandate.

Unfortunately, Fire and EMS stations are the most capital-intensive component of the budget. They’re difficult to site, expensive to build, and costly to maintain.

The good news is there are alternatives that have been used by services to maintain the benefits of traditional stations without all the cost. The secret is in becoming smaller.

Fast growing communities are a challenge. When partially developed, they may require an emergency presence, but the available land may be far from the population base. What’s needed is an interim location to house Fire and EMS personnel while the area develops and grows.

Some services have had success in using “satellite” stations to bridge this gap. A satellite station is a small, first response base located in a residential area. Usually, it is a house on an undesirable and busy intersection. The service purchases and retrofits the house to meet the needs of the Fire or EMS crews that will be staffed there and uses it as a forward base embedded deep in the community. 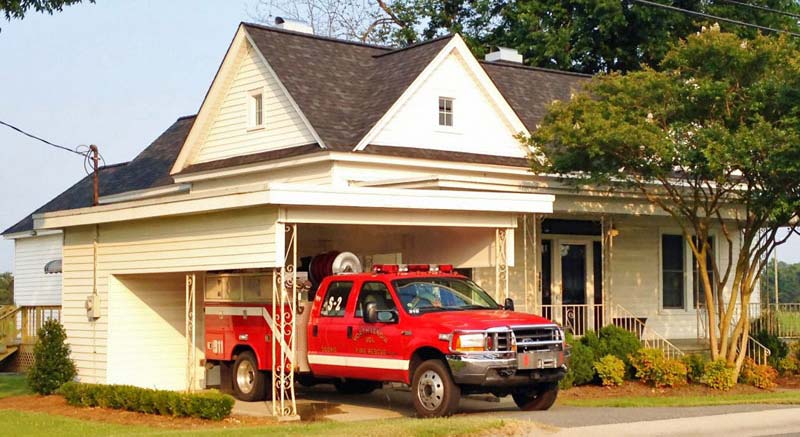 This approach provides a number of benefits. One is the greater variety of locations to choose from. The service is no longer limited to municipally-owned land or appropriately zoned locations. Planners can choose better locations with better call proximity and associated response performance. The cost, even after the retrofit, is a fraction of a typical station build. Finally, as the community grows and the station location is no longer ideally situated, the structure can be sold and reverted to a residential property.

There are challenges though. Zoning hurdles and community opposition should be expected, but the cost and performance differences are real enough to convince many. It may also be possible to delay the use of lights and sirens until vehicles have left the residential neighbourhood.

On the extreme end there is the single start station model. There are a couple permutations, but in general, staff come to a central location to gear up and collect their vehicle. They then drive to the depot – either a scaled-down station or a simple street address. They respond from that location until the end of their shift.

There are a number of benefits to this model:

In practice, however, there are some shortcomings:

The monolithic fire hall or ambulance station is becoming increasingly rare. The cost to build and maintain a large station is prohibitive. And from a pure performance standpoint, you’re better off having many small stations as opposed to a single large one.

The storefront or mixed-use model is becoming increasingly popular. In Alexandria, VA, the Station 209 fire hall includes a typical station layout, but it also contains commercial space and four storeys of residential apartments.

There are many examples of stations sitting on land which could be sold for tens or even hundreds of millions of dollars. Mixed use allows this capital to be used more efficiently with no degradation in service.

To combat the ballooning capital costs of traditional stations, many communities are consolidating their services into large, mixed-service facilities. They’re co-locating ambulance, police, and fire in large, public structures.

On the surface, this seems like a good idea. The services have similar characteristics (lights and sirens), they share a dispatch center (or should) and they do similar training. In theory, there are economies of scale that come from putting similar services in the same location.

In practice, the results vary. Police, fire, and EMS have their cultural differences and may not “play” well together. Arguably, the biggest issue is that consolidation gets rid of the main benefit of having embedded stations: proximity.

Consider the following scenario: An elderly patient is unconscious and not breathing at the grocery store. She doesn’t care if a fireman, a police officer, a paramedic, or a first-aid-trained bystander arrives first. She only cares how quickly life-saving measures can be administered. Each second reduces her chance of survival.

If each public safety agency is housed in a different location, one of them will almost certainly be closer to her than if they’re all in the same facility. In fact, from her perspective, having only a single vehicle in each station with lots of stations is ideal. A patient-centric system would do precisely this – spread resources as widely as possible.

The cost of such a system is untenable with the current large station model, but hopefully, the examples above provide a way toward the ideal.