By Daniel HaightArticle
No Comments

In this second instalment, we continue our conversation with Matt Hinds-Aldrich who is the Data and Analytics Program Manager at the National Fire Protection Association. This article talks about the impact of Community Risk Reduction (CRR) along with some of the cultural and data issues that arise in pursuing it. The previous instalment discusses the history of CRR and how it differs from traditional prevention and education.

Darkhorse: So we’ve talked a lot about the process and how this differs from traditional prevention and education. Let’s talk about the results. What is the impact of Community Risk Reduction (CRR)?

Matt: Sure. So, I don’t have the citation handy, but in the UK, for the 10-year period that started in 2003 there was a 50 per cent reduction in the number of fires and in the number of deaths and injuries over that period. In some communities, it was up to a 70 per cent reduction. These were really dramatic results and it captured the attention of politicians and citizens alike.

Darkhorse: Wow, that’s stunning. It’s very rare that you see improvements that large based on a single program.

Matt: It was a surprising result, and incredibly rewarding. But the results can be a double-edged sword. When some firefighters hear about this, they focus on the magnitude of change, a 50 or 70 per cent reduction in fires. And it may cause them concern. We all agree that reducing fires is unequivocally a great thing. It means 50 to 70 per cent fewer people are having their lives destroyed or their livelihoods destroyed. However, it also could mean there’s less justification for having fire departments as we currently think of them. Understandably, firefighters are asking themselves, “Okay, this is fantastic, but are we gonna put ourselves out of business?”

Darkhorse: It’s part of the culture change of a reactive versus proactive mindset. It’s a major change in how the fire service thinks about itself.

Let’s talk a bit about how this is actually operationalized. From what I understand, it’s not just blanketing every community with this targeted messaging in each home. Certainly in some places, the number of personnel required to visit every home in the city is untenable. Talk to me about how things worked in the UK — the data, the processes, and the technology that supported it.

Darkhorse: Yes, we spoke about some of this in our interview with Chief Len Garis in Surrey.

Matt: Community risk reduction has been mainly done by firefighters themselves. The challenge in North America is that firefighters are not just sitting around playing tiddlywinks. They’re actively involved in training and all kinds of other things. Medical emergencies are the bulk of what many fire departments are doing.

By contrast, UK fire departments are not typically medical providers. So they have a bit more flexibility in their time. Here in North America, we’re often so busy with medical runs, it severely curtails the time available to actually do this. Crews may not think they have much time to go knocking on doors.

One of the key findings was that it’s very useful to start small. There’s a lot to be said about actually just focusing on one part of your community initially. It allows you to evaluate if your intervention is successful. And this is no small thing. In the UK they spent a lot of time and money on interventions that had very little impact. They didn’t change behaviour or reduce loss.

In time, they learned to make small targeted interventions that would allow them to really evaluate their effectiveness. So, instead of trying to reduce false alarms across a city, they might focus on a specific neighbourhood, or even a specific building. They learned what worked on the small scale, and then were able to roll it out across the community.

So if you have a large initiative without planning it well, you’ll have no idea if it’s working or not. Starting small also helps you determine what and how to evaluate success. Iterating on approaches will turn up surprising results. Often the obvious intervention didn’t work and something different ended up having a huge impact.

Darkhorse: So, start small, iterate, and make sure you are tracking results.

Darkhorse: Let’s shift gears a bit here. Talk to me a bit about how data science and predictive modeling is being used to support community risk reduction. Specifically on how to prioritize home safety visits to where they will be most effective.

Matt: For the most part, I wouldn’t even call it data science. Much of the work that’s being done in this realm is frankly just trying to get fire departments to look at their data at all. Data science implies that it’s really complex or advanced analytics. In reality, just looking at their data and using what they have will lead to huge improvements. It doesn’t have to be terribly complex or analytical.

Now the capability to analyze data and build models is quite rare in the fire service. But that’s not the critical piece. You can find analysts. Some of them are firefighters in your department. Or maybe you’ll need to hire somebody, partner with a local university, or engage a civic hacking group. There are data geeks in almost every community who want to apply their capabilities to new and unique things. Finding the data wonks is easy.

But if you don’t have quality data that they can access, then data scientists and advanced technology are utterly wasted.

So that’s where I encourage fire departments to focus. Sometimes, it’s really as simple as looking at their own data. They’ve been collecting records for years, they have thousands or more likely millions of rows of data, but they may not ever look at it. On the occasions that they take a look, the first thing they say is, “Good lord, we can’t do anything with this.” Because no one was using it, there was never any emphasis on data quality and it’s often a total mess.

Darkhorse: That’s pretty common across most industries. Unless the data is for compliance or accounting purposes (i.e., taxes), it’s a mess.

Matt: And let’s face it, no firefighter ever signed up to be a firefighter because they said, “You know? I’m really looking forward to the end of this run so I can write up the reports.” Writing the report is the bitter aftertaste for the part they really enjoy. And if that part was never a priority, was never looked at, or reviewed, or used, then of course it’s going to be incomplete and full of errors.

We see this a lot in departments that start getting interested in accreditation. I think of it as the two humps of the camel. They get really excited when they get a new chief who says, “We’re gonna do accreditation.”

But if they keep chipping away at it, and it takes a little while, they eventually build back up and see all the incredible value they can derive from generating and looking at accurate data.

So the secret sauce isn’t typically advanced analytics. It’s decent quality data. Sometimes the hurdles are technological, the systems are not capturing data correctly. Sometimes they’re process oriented. A firefighter is unlikely to press a button when they arrive on the scene of a blazing fire. And sometimes it’s simply a lack of leadership. The people who are filling out the reports see no purpose in wasting their time. Nobody has connected the effort needed to fill out reports with any kind of change or intervention or improvement in the department.

Darkhorse: This makes a lot of sense. Decent data is the table stakes for any kind of analysis, but unless they’ve looked at it, the data is going to be a mess.

Matt: Exactly. Now I know I skipped over the question about data science and predictive modeling, but before anyone can start thinking about that, they have to get their data house in order. The departments who are starting down the predictive road already have a handle on data quality — or I should say, they probably need at least have a better handle of where their data skeletons are. I’ve never heard of a fire department that has all their data problems solved, but I do know plenty that are really good. The difference is those departments are focused on new ways to collect and use data, so they just have different data problems.

Documenting community risk reduction activities and predictive risk modeling and all kinds of modern ways of collecting and using data are just the latest frontier, but it really all boils down to the same data challenges I’ve already highlighted.

I can’t emphasize this enough:

Start looking at the data you have, start using it to identify problems or make decisions, and then you can start improving its quality.

We’d like to thank Matt again for his time with us and his commitment to furthering community risk reduction practices. 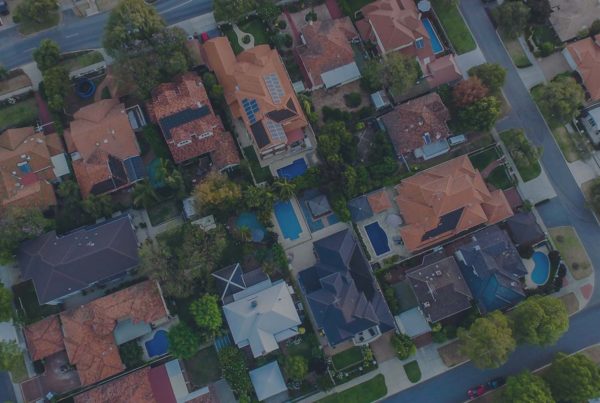 In this article, we talk to Matt Hinds-Aldrich who is the Big Data Program Manager at the National Fire Protection Association. Matt has been involved with a number of initiatives…