What If We Do Nothing?

This question is being asked more and more frequently by cash-strapped city councils, congested health systems, and budget-conscious city managers. In many jurisdictions, the new fiscal realities mean that this question will come up a lot more in the future. Our survey of fire chiefs identified “Addressing Fiscal Pressures” as one of the top five priorities.

So, what if your hands are tied and you have to make do with the same resources for the upcoming year?  And what if you’re simultaneously being pushed to improve response performance?

Making do with existing realities

Unfortunately, the answer to these questions depends on a whole host of factors:

Nevertheless, in every case you can focus your efforts on improving two key drivers of response performance: proximity and availability. Your stations need to be close to your calls, and they need to be staffed with enough vehicles to respond.

The following scenarios illustrate some different situations and potential zero-cost approaches to addressing them.

The new mayor is a huge proponent of urban spaces, and is making a big push to increase core density.

In Metropoli, call density and road congestion will increase in the core. Stations that used to be close enough for downtown calls will no longer be able to meet response targets. To make matters worse, the units staffed downtown will be spread thin, struggling to keep up with increasing call volumes. Finally, vertical response is going to tax your crews and equipment (and wreak havoc on your response times). 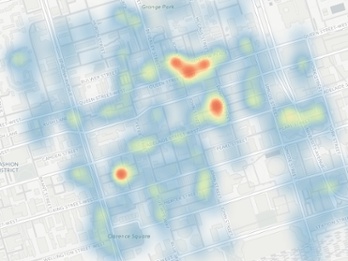 Figure 1: Downtown call volumes before (above left) and after (above right) urban development initiative.

Ideally, to solve this problem, you would add shifts to your system and staff them downtown, but in our “spend nothing” world, options are more limited. Some potential solutions may include:

The new hospital has made the city a popular retirement destination so that after years of population decline, incoming retirees are equal to outgoing young people. 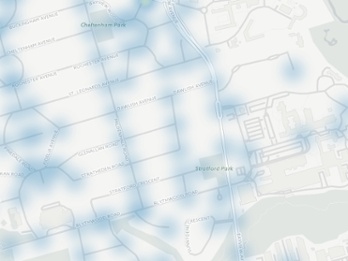 Figure 2: Call volumes before (above left) and after (above right) retirement community developments.

In Shady Acres, although the population is unchanged, call volumes will grow, and they will increase wherever the city is building retirement centres. In this case, it would not be unusual to see call growth exceed 10 per cent per year for several years. Although new stations aren’t necessary, boosting vehicle availability will be the way to keep pace with demand growth. The best, budget-neutral, solution to our problem here is to cut your time on task:

The city is growing quickly due to strong job prospects in the resource sector. New housing developments are springing up all around the periphery, and the core of the city is densifying. 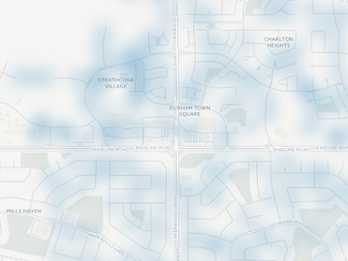 Figure 3: Call volumes before (above left) and after (above right) new housing developments.

Much like Shady Acres, vehicle availability is going to need a boost, but this won’t be enough. As call hotspots migrate outward, so, too, must response locations. Solutions here are much the same as for our past examples:

So, what should you do?

As you would expect, the long-term approach will usually require additional capital in the form of stations and units. But in the meantime, here are some rules of thumb that may help you in managing your ever-changing service area:

Note that these are rules of thumb and will vary significantly by jurisdiction, but they give a sense of the scale of impact of different interventions.

Although it is possible to tweak your system and maintain performance even without a new budget, in the long-run, emergency resources must keep pace with the changes in your community.